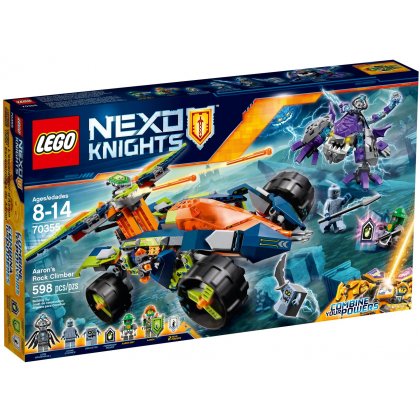 Go head-to-head with the dangerous LEGO® NEXO KNIGHTS ™ in a futuristic, three-way rocking car with a detachable temptation and minisamolot against Lord Krakenskulla in Big Crack for the construction of moving limbs and tail weapons. Includes minifigures: Aaron, Aaronbot and Lord Krakenskull, as well as the Great Kraken to build and Boulder and Brickster statues.

Release minisamolot and place Aaronbot in it to help you fight. Put Bouldron on the Great Kraken's tail and use it as a weapon.

Scan shields to get the power of the NEXO Battle and Glitches, and Forbidden Destructive Power and increase your abilities in LEGO® NEXO KNIGHTS ™!